BIGGEST LINE-UP OF 80’S ARTISTS IN THE WORLD 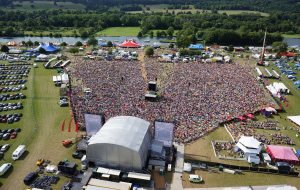 REWIND, THE 80’S FESTIVAL, BOASTS
THE BIGGEST LINE-UP OF 80’S ARTISTS IN THE WORLD!

It has proven so popular, that in 2011 “Rewind Scotland” was launched at Scone Palace in Perth and Rewind South Africa took place in February 2012. Due to such success, in 2014 “Rewind North” was launched. The festivals have attracted iconic 80’s names such as Holly Johnson, Human League, Gloria Gaynor, Kim Wilde, Village People, Bananarama, Billy Ocean and many more. You won’t be surprised to hear the festival attracts over 40,000 people!

The world’s first and biggest 80’s music festival, is back for 2023 at the glorious Temple Island Meadows, Henley on Thames. Now in it’s 14th year the Rewind South Festival features a fantastic line up of the biggest acts from the 1980’s.

Presented by The Doctor (from Doctor & The Medics) and Pat Sharp

Rewind Festival is a celebration of music, fun and good times, set to a live 80’s soundtrack from the biggest music icons from the decade of day-glo and big hair.